My problem with pronouns gained momentum while writing my first book. I grappled with pronoun placement. I questioned my point of view and its voice and doubted to whom I was speaking. Was I speaking to you or was I a member of the “we?” The word “you” started sounding like a lecture of which I chose to sidestep away from any kind of authority. And “we” sounded too friendly for my liking. When I reviewed other authors’ works, a second front of the dilemma appeared.

Gender identity or how one desires to be seen in the world, showed itself. Who you are and how that sounds is important. A teacher asks, “what should we call you?” The birth certificate lists the child’s given birth name and the sex of the organism. The birth name may not be how the organism wants to be called in school or by their friends. If we claim that our name is important, then the pronoun of which we identify is of equal consideration.

Leave behind real-life instances and dive into the pages of a novel. The author identifies as gender-neutral. They write of a human character born female; self-identifying as male. The pronoun used in the story was “they.” All well and good, until the character was one of four females in a scene. I read a dozen pages deep before realizing the meaning of “they.” The single character rode across the desert alone to meet their group. From that point on, my attention was on pronouns rather than the creative nature of this crafty story.

There are professional titles that are gender-neutral. Consider doctor, nurse, teacher, astronaut, engineer, lawyer. Other titles have dropped the distinction as male or female in favor of a single reference. Those include actor, barkeep, police officer. And then there are titles that have yet to transition, for example king and queen, host and hostess.

One more small contribution. This is about languages that incorporate a distinction between masculine and feminine pronouns. The Spanish equivalent of the English “he” and “she” is “el” and “ella.” With a group of people, English reports “they.” For Spanish, “ellos” and “ellas,” except when the group is contains both men and women, then they become “ellos.” 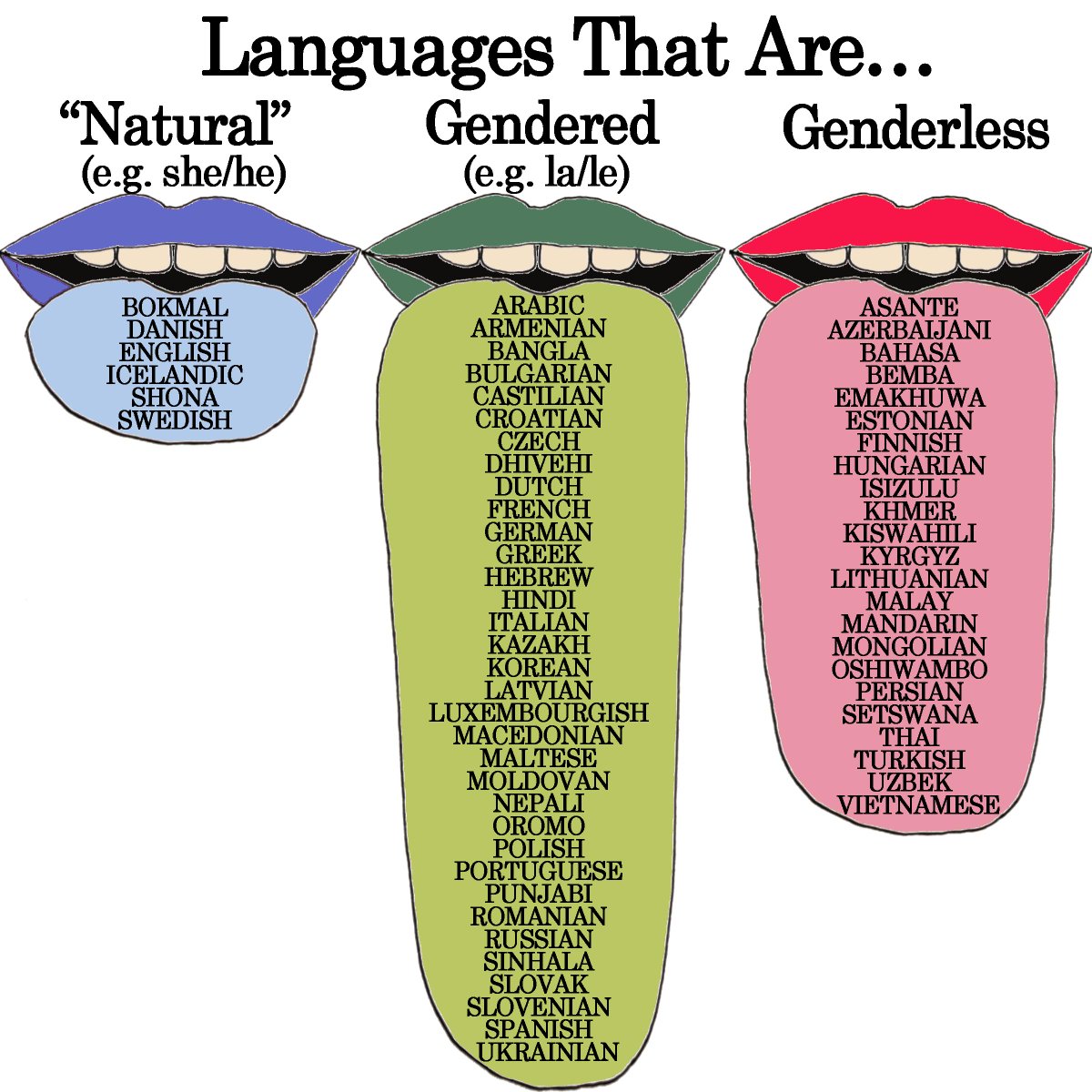 Herein lies the rub. Romance languages are not referring to things as gender-specific, male or female. Rather its intrinsic characteristic, quality, a trait is masculine, feminine, or neutral. Inanimate objects may reveal an essence of being passive or active with its final vowel. The “a” in mesa (table) is feminine. The “o” in plato (plate) is masculine. The table serves as a place to receive and hold other items. The plate has the action to hold food. Plata (silver) holds Luna (moon) feminine qualities. Oro (gold) is El Sol (Sun).

This argument is incomplete and superficial. Its purpose is to scratch the surface to reveal a problem with little pronouns. Any proposed solutions seem to avoid addressing deeper problems with language. Masculine and feminine speak to an essence. Male and female are gender-specific within the species of human. If a pronoun can identify as a human, then a person becomes gender-neutral.

Grammar is challenging enough on paper. There is a pressing need to get gender-neutral pronouns amenable to all. “I” and “you,” “we” and “they” speak to our humanness. “He” and “she,” “his” and “hers” are slick elements on the slippery slope. Right, wrong, or indifferent, new pronouns are already introduced. What is your contribution to the conversation? Seems like factions are being formed and lines drawn in the sandbox. This opportunity will pass if a bandage hides the deeper wound that requires digging and healing.